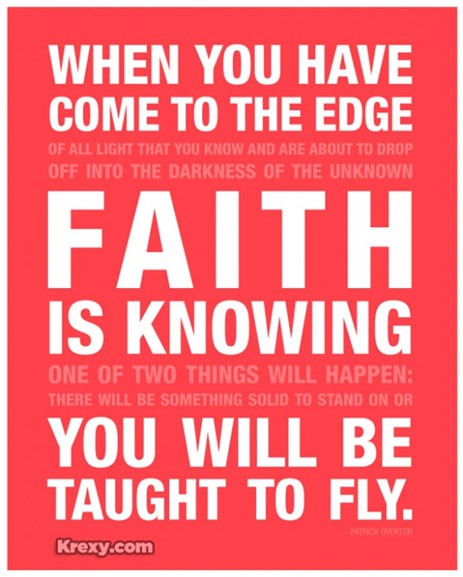 Then in the midst of the assembly the Spirit of the LORD came upon Jahaziel the son of Zechariah, the son of Benaiah, the son of Jeiel, the son of Mattaniah, the Levite of the sons of Asaph; and he said, “Listen, all Judah and the inhabitants of Jerusalem and King Jehoshaphat: thus says the LORD to you, ‘Do not fear or be dismayed because of this great multitude, for the battle is not yours but God’s. ‘Tomorrow go down against them. Behold, they will come up by the ascent of Ziz, and you will find them at the end of the valley in front of the wilderness of Jeruel. ‘You need not fight in this battle; station yourselves, stand and see the salvation of the LORD on your behalf, O Judah and Jerusalem.’ Do not fear or be dismayed; tomorrow go out to face them, for the LORD is with you.” Jehoshaphat bowed his head with his face to the ground, and all Judah and the inhabitants of Jerusalem fell down before the LORD, worshiping the LORD. The Levites, from the sons of the Kohathites and of the sons of the Korahites, stood up to praise the LORD God of Israel, with a very loud voice. They rose early in the morning and went out to the wilderness of Tekoa; and when they went out, Jehoshaphat stood and said, “Listen to me, O Judah and inhabitants of Jerusalem, put your trust in the LORD your God and you will be established. Put your trust in His prophets and succeed.” When he had consulted with the people, he appointed those who sang to the LORD and those who praised Him in holy attire, as they went out before the army and said, “Give thanks to the LORD, for His lovingkindness is everlasting.” When they began singing and praising, the LORD set ambushes against the sons of Ammon, Moab and Mount Seir, who had come against Judah; so they were routed. For the sons of Ammon and Moab rose up against the inhabitants of Mount Seir destroying them completely; and when they had finished with the inhabitants of Seir, they helped to destroy one another. When Judah came to the lookout of the wilderness, they looked toward the multitude, and behold, they were corpses lying on the ground, and no one had escaped. (2Ch 20:14-24)

Chapter 20 of 2 Chronicles begins with this verse: Now it came about after this that the sons of Moab and the sons of Ammon, together with some of the Meunites, came to make war against Jehoshaphat. (2Ch 20:1)

This combined army came against Israel. They outnumbered Israel by an order of hundreds to one. Tiny Israel was out manned, out gunned, and in an indefensible position against these might armies. Their goal then, the same goal their descendants have today, was to wipe Israel out of all memory, to destroy them utterly, and destroy them all the way down to the infants. Israel was, frankly, overwhelmed with enemies, and fear.

When they turned to God, God told them that the fight is not theirs, to go and watch God hand them the victory, and to praise God for it.

The next morning, they went to where God told them to go. Instead of sending out the army, they sent out the choir. The choir praised God. God sent confusion on the enemies of Israel, and they wiped each other out to the last men. When the fight was over, Israel collected untold riches from the spoils of that war.

I like this story because it exemplifies what it means to be chosen of God, and what happens when we do things God’s way, and do not hesitate to trust and obey.

What do you think would happen in Ferguson, MO if, instead of Police and protesters, some church went out in the streets and sang praises to God, instead of shouting curses at the government? Someone should do this very thing. I promise you, God will show up, and change everyone there. Just do it. Don’t hesitate. God will be with you, and take charge of the conflict. Just do it. The power of God’s grace will reveal itself in the praises of his children.

The New Testament shows two people who were unflinchingly willing to act when God told them to act.

And a man who had been lame from his mother’s womb was being carried along, whom they used to set down every day at the gate of the temple which is called Beautiful, in order to beg alms of those who were entering the temple. When he saw Peter and John about to go into the temple, he began asking to receive alms. But Peter, along with John, fixed his gaze on him and said, “Look at us!” And he began to give them his attention, expecting to receive something from them. But Peter said, “I do not possess silver and gold, but what I do have I give to you: In the name of Jesus Christ the Nazarene–walk!” And seizing him by the right hand, he raised him up; and immediately his feet and his ankles were strengthened. With a leap he stood upright and began to walk; and he entered the temple with them, walking and leaping and praising God. And all the people saw him walking and praising God; and they were taking note of him as being the one who used to sit at the Beautiful Gate of the temple to beg alms, and they were filled with wonder and amazement at what had happened to him. While he was clinging to Peter and John, all the people ran together to them at the so-called portico of Solomon, full of amazement. But when Peter saw this, he replied to the people, “Men of Israel, why are you amazed at this, or why do you gaze at us, as if by our own power or piety we had made him walk? (Act 3:2-12)

Peter and John gave what God had given them. They did not hesitate. In fact, they were on their way to church, when this beggar distracted them from their walk. They could have done what most Christians do, and ignore this guy, then gone to church and complained about that smelly beggar that almost made them late. Instead, they gave with reckless abandonment what God had given them, through Jesus Christ. They were instant. They were obedient. Then they made it clear that THEY were not the instrument of this power, but God was. It was there, in the midst of their praising God for this that a revival broke out.

God chooses those who have died to self, who have learned that they are powerless to affect anything apart from God, who are absolutely assured that they are walking in God’s plan, who are absolutely willing to be the channel through whom God blesses others, who feed daily on the promises of God who obey God’s voice without hesitation, and will reckless abandonment, not caring about the personal cost, having a greater prize in their sight.

FAITH MAKES YOU A DARING INDIVIDUAL

The prayer life and faith of the chosen of God are the stuff of legend. The chosen are the ones who dare to obey God, even if it looks stupid, or appears too costly for others to be willing to attempt. Faith is knowing that, because God has sent you, whatever God asks of you, you are willing to do it, regardless of the cost. This is because we know in our souls that His reward is more meaningful than any earthly delight the world can hope to offer.

The difference between the faith of the chosen and the faith of the rest of humanity is this, we obey the will of God in reckless abandonment. Our faith leaves us little choice and even less desire to do anything other than obey.

Do you want to be chosen? Here is all you have to do.

All this is the result of God working in you through His Holy Spirit, because you have become a child of God through Jesus Christ. There is no other way to do this.

Be chosen. You will not regret it.

Let’s be about it.

I love you in the Name of Jesus Christ, our Lord and Savior.