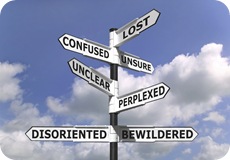 God left him alone only to test him, that He might know all that was in his heart. II Chronicles 32:31 (NASB)

Jalia was a formidable boss.  She was former Army.  A former Drill Sergeant. She earned her jump wings when women weren’t supposed to do that sort of thing.  Jalia was one of the most efficient fighters I knew. I watched her take down a man who easily outweighed her by 150 pounds.  Said man was no slouch as a fighter, himself.  She had a real “Can Do” warrior’s mentality.  At 5’2”, she was a presence that filled a room.

Jalia was responsible for turning all of us wanna-be programmers into real programmers.  Her standards were very high, almost impossibly so.  She suffered no fools, and expected you to catch on the first time.  We drilled and drilled and drilled till we could write code in our sleep.  We had to be very good at this because of the nature of what we did.  Our work was to be performed under the pressure of all hell breaking lose around us.  We had to be the coolest under fire, and the smartest people in the room.  We were not allowed the luxury of folding under pressure.  Whining could get you kicked off the team faster than you can blink.  She was so inspiring a leader that we wanted to exceed her standard.  We wanted to be better than the best.

Her mantra was, “Do it, Check It!”.   During drill, we practiced, re-practiced, did it all again, and took it all apart to make it even more efficient.  “Assumption” was one swear word never allowed on our Team.  While we drilled, we practiced under a simulated “Hot Environment”.  Murphy’s law was the rule during these drills, and we had to cope.  Failure after failure was simulated.  Every conceivable distraction that could exist did exist.  We had to be observant enough that our after action reports included even the most trivial events, including all the distractions, but we were expected to stay on task, get the job done, and not make two attempts at getting it done.  There were no do-over’s when thing were getting real, so there was no mercy when she drilled us.

Then came the tests.  We never knew when these little tests would happen.  There was no way to tell the difference between a test and the real thing.  All hell would break lose, and we were to saddle up and get the problem solved yesterday, if not sooner.

It was during these tests that we discovered what “Do it, Check It” actually meant.  At the end of the test, we analyzed every little detail, no matter how trivial.  When failure was discovered, Jalia did not resort to being the typical drill sergeant.  She had us note the failure, learn from it, and don’t do it again.  We did the drill, checked the outcomes, and learned what we need to do to be better at it.

Always, our baseline was Jalia and her amazing skill.  She was a living legend.  No one had accomplished the things she had accomplished, and no one had discovered the way to get it done like she did it. Her hell was that she had to turn ordinary human beings into people who could be as creative and cool under fire as she was.

Although Jalia was very hard on us, there was never any condemnation when we failed, only encouragement.  She helped us discover what we did wrong, what we can do right, why we hesitated, and how to stop hesitating.  We learned from our failures.

We dreaded drills, but we learned from them.

GOD IS ALWAYS WITH US, EVEN WHEN HE ISN’T

The Spirit of God will always be with you.  If you are Born again, the Holy Spirit fills you, guides, you, and leads you in all truth, and develops your character so that, in the end, you will be the very image and likeness of Christ.

There will be times in your discipleship where God will step back to see what you do.  This isn’t to trip you up.  God is not like that.  He loves you enough to discipline you and grow you up.  When God steps back, it is to see where you need shoring up.  Where your defenses are low.  Where you need refining.  We go through this because we are at war.  Very few people pass boot camp, but all His children are called to serve.

When God steps back, this is where you discover how well you have learned what you are supposed to have learned during this last evolution of training.  Until you pass completely, you do not get to go to the next step.

While religions and other ilk try to convince you that it is up to you to make God in your image, and then attempt to please that false God, the real God is looking for people who really want to relate to Him as an individual being.

There will be times where, paradoxically, you will be left alone, while He is there the whole time.

Don’t fight this testing.  Learn from it.  Rejoice that you are about to pass another test and grow some more.  Do not give up. Never quit.  God will, ultimately, not let you fail.

IF YOU ARE EXPERIENCING A LONG AND AWKWARD SILENCE FROM GOD, CHANCES ARE, YOU ARE IN A TEST!

When He steps back to test you, remember your lessons.  Remember, you cannot do this without knowing Him through Jesus Christ.  Remember, the Spirit of God will be your strength.  The fist thing you have to learn is, you do not have the strength or ability to do this on your own.  God gets the bragging rights.  You get His character.

The reason you will go through this should be obvious.  We are at war, and, right now, it appears as if the enemy is gaining ground all around us.  We are to keep our heads when all hell breaks loose, and keep doing what we are trained to do.

All hell is about to break lose.  Many who think they are Christians will fall away from the faith.  Who will survive what is coming?  Those who welcome the training and rest in the completed work of Jesus Christ.  Those who know that apart from God’s grace, we are powerless to do anything.

This is why God tests you.  Not to trip you up, but to strengthen you for what is coming.

We are to grow in all ways to be like Christ Himself.